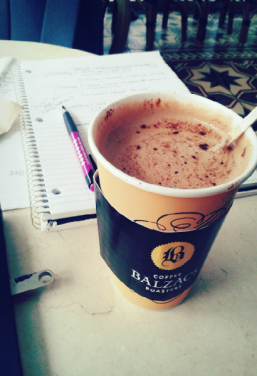 Good afternoon. When it comes to coffee culture I am as amateur as it gets. I feel a little adventurous today and step away from the chic coffee table.  Moments ago I ordered my first coffee ever from Balzac’s Coffee shop on campus in Toronto. The first item that catches my eye. A cafe mocha with almond milk to keep me cozy while I finish a research paper, please. I have pulled many near all-nighters, worked long shifts and attended early classes without the help of coffee. Today I shall see what I am missing out on.

I found the cinnamon and cocoa powder shakers and added a few touches onto the foaming cloud.  I’m not confident how well my unhabitualized body will be able to tolerate the caffeine. I feel an imminent headache, but a caffeinated pick-me-up feels right in the atmosphere of screaming coffee machines and distant funky music. On top of ordering coffee for the first time, I’ve had a few samples of Ontario wine from the weekly farmer’s market earlier.

END_OF_DOCUMENT_TOKEN_TO_BE_REPLACED

I’ve always wanted to make one of these fruit flags. It is as simple as it gets – banana, raspberries and strawberries. Not to mention, a cake like this is raw, gluten free, lactose free, sulfite free. I always have a giggle when certain products unnecessarily use dietary restrictions for marketing purposes. END_OF_DOCUMENT_TOKEN_TO_BE_REPLACED 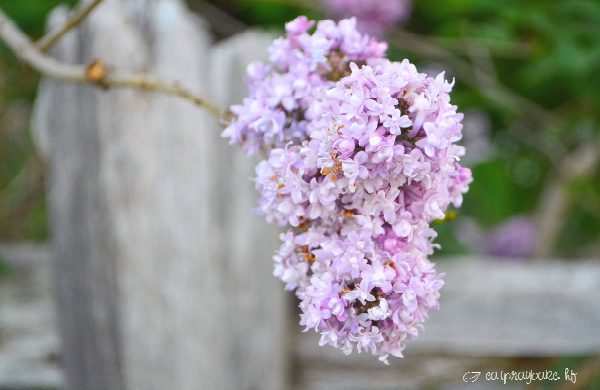 I love this spot in my neighbourhood where this huge lilac plant is currently in full bloom. Lately I’ve been making the most of the warm evenings with my bike, to get outside more. I’ve been MIA for a while because I am taking 3 more courses in the summer…yay!…volunteering at a hospital and I also started a new summer job at a raw foods eatery.  Sometimes I ask myself why I made the summer so busy again. It was purely a logical decision. But with fingers crossed, it will be worth it because it is the last summer semester of this undergraduate degree. END_OF_DOCUMENT_TOKEN_TO_BE_REPLACED 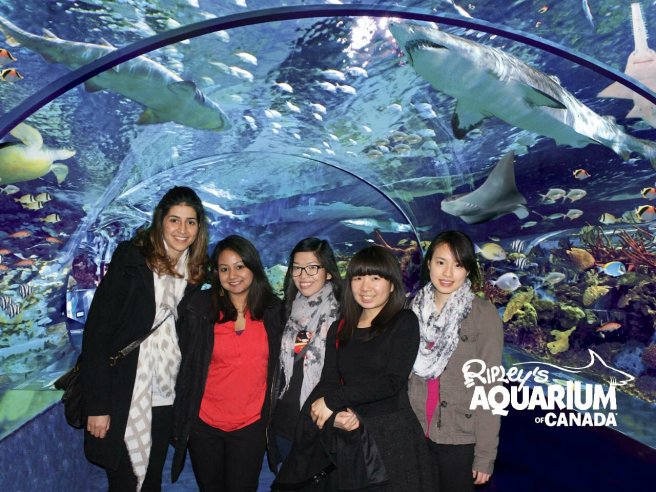 In celebration of the end of the term, finishing exams, as well as my dear friend and colleague Shatabdi’s going away (some of us like to call it retirement party), we spent the afternoon at  the aquarium for another day-venture.  In the picture from the left: Alaa, Shatabdi, Cindy, Avalon, me. Avalon has already left  to the west coast, we are going to miss them but they are moving on to do bigger better things.  The aquarium was newly opened in Toronto sometime at the end of last year and it has been quite the anticipation on my list.  Since it opened, the majority of my friends have visited and shared tons of well photographed pictures of the sea creatures but it is something everyone should see for themselves. 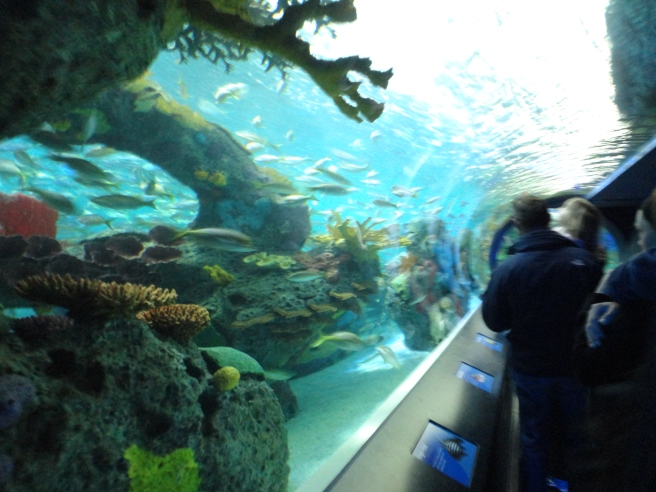 One of the best parts of the aquarium was the snail-speed conveyor belt that stretched through the display tunnel. END_OF_DOCUMENT_TOKEN_TO_BE_REPLACED 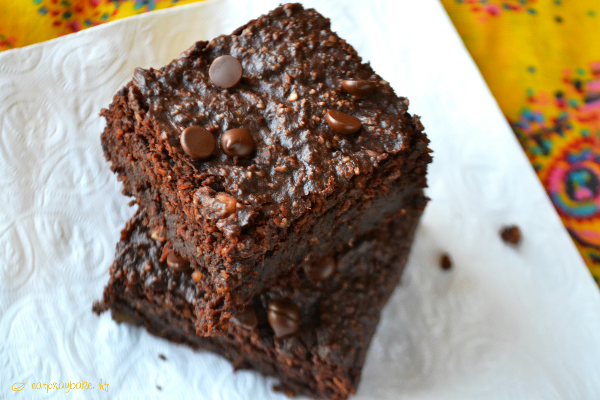 It looks like spring is slowly approaching.  Some days the breeze is warm…yes, I said warm! Please don’t fall back to the cold dark days, Toronto.  It’s been a while since brownies last made an appearance in the kitchen which is why I am just popping in to share my all-time favourite vegan brownie recipe. I found the Almond Joy Brownies from Hangry Tales  and have made some changes over the many times I baked them. Check out Hangry Tales for many delicious  and healthy recipes 🙂 The coconut flour gives the brownies a unique distinction, but if you don’t have it at home feel free to substitute with ground oats.  This recipe is slightly more dense than a regular brownie, and the melted chocolate adds a subtle richness. At the same time, I think it has the perfect amount of sweetness and does not have the tooth-sticking gooey feel as it is a little more crumbly. I hope you enjoy it!   END_OF_DOCUMENT_TOKEN_TO_BE_REPLACED 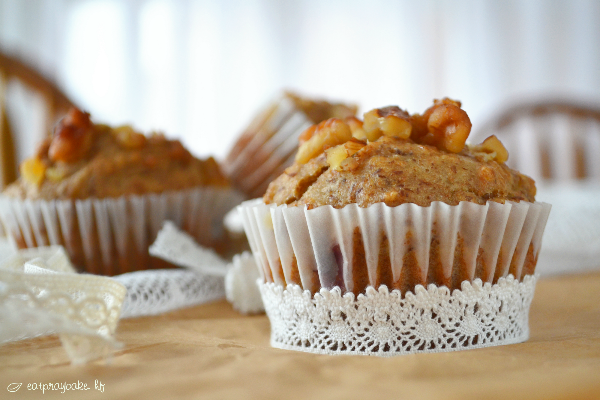 As you know, I am always on the lookout for a new banana bread recipe. Here’s another successful one 🙂 . It has a nice crumb texture and it is not too sweet. Now a change of subject…Recounting the number of health/food memes that exploded on ripe bananas, you may have already seen the hype on the anti-cancer substance “Tumor Necrosis Factor (TNF)”. If not, the memes basically rave about the increase in TNF in ripe bananas, and implies a cure-all to cancer with banana consumption. If you are intrigued with science and health, you may have found it as amazing as I did. END_OF_DOCUMENT_TOKEN_TO_BE_REPLACED 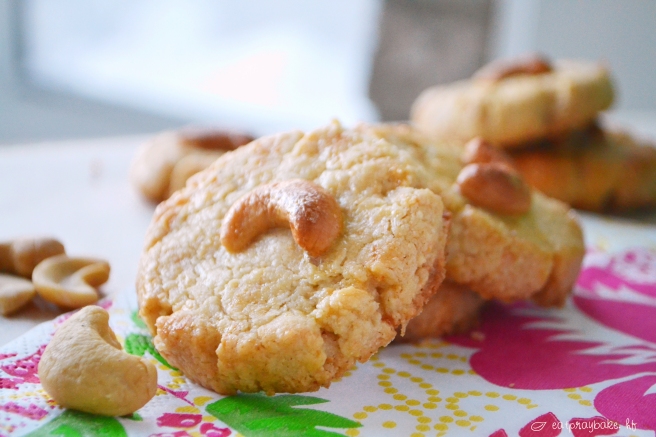 You know it’s 10/10 when my mom takes seconds and asks for another batch. I love this cashew cookie recipe. There is a decent amount of prep work but after that the recipe is so easy. It has a different sweetness when compared to chocolate chip cookies and the coconut oil helps to accent the cashew flavour. Though the Lunar New Year has passed it reminds me of the sweets  during those occasions. END_OF_DOCUMENT_TOKEN_TO_BE_REPLACED

Sitting here again, about to type another post and wondering what exactly do I know about St. Patrick’s day?… I’ll be honest and admit that I don’t know much to it. With the help of google, I finally realize what “shamrock” is—a clover. I’m probably the last person to find out. But did you know, the shamrock was used to represent the Holy Trinity?  Last night some colleagues from work went to the St. Patty’s campus pub night and invited me to tag along. But after a week of busy projects and definitely sleep deprived, I diverted home instead. 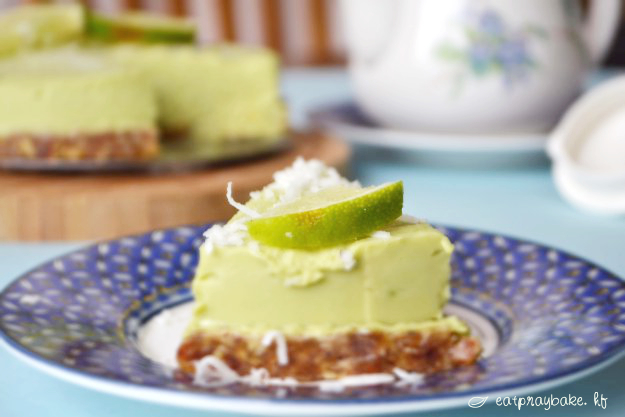 Anywho, I thought I would share a little something to contribute to the wave of green coloured recipes and hey, it is my favourite colour. This Key Lime Pie is very lightly adapted from Blogilates. Cassey has a really cool series called Cheap Clean Eats. The original recipe is linked here, and it’s also no-bake and vegan. I love the simplicity of the recipe and it’s so creamy. END_OF_DOCUMENT_TOKEN_TO_BE_REPLACED

Lately someone’s been going a little overboard with coconut milk— otherwise known as the epitome of tropical flavours. I love the exotic taste of coconut and the tropical kind of nostalgia that comes with the package.

Piña colada is a rum-based cocktail that consists of pineapple juice and cream of coconut. As Google shows, the drink was made famous in Puerto Rico by the release of Rupert Holmes’s “The Piña Colada Song”. Who doesn’t love that catchy song. I don’t go out enough so I have no idea what the real alcoholic version tastes like….but I once had a smoothie at a Malaysian restaurant that surely beats the never-tasted cocktail. This Tropical Piña Colada Smoothie recipe was inspired by the tangy mix of orange, coconut and pineapple flavours.

When buying canned coconut milk, look out for preservatives like potassium metabisulfite and additives such as guar gum. I generally stick to brands that consist of none other than coconut milk and water. There’s also the talk about BPA in canned foods, but canned coconut milk is probably not something to have daily. Frozen grated coconut is an alternative that I would love to try another time. 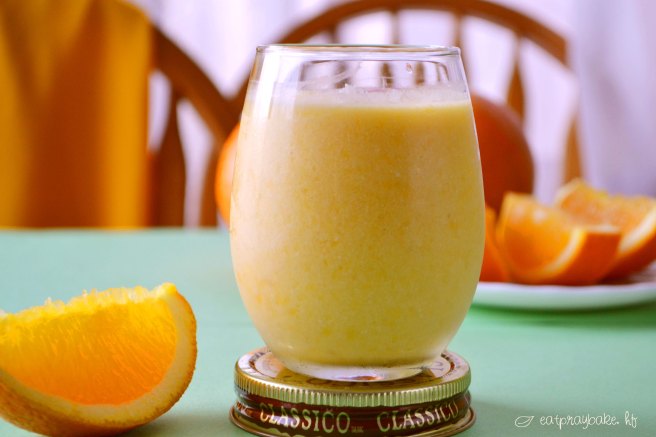 END_OF_DOCUMENT_TOKEN_TO_BE_REPLACED

Wet snow and even rain has been pouring down but the sun is beaming so brightly once again. Meatball (the dog) spent time with us just recently on one of the past snow storm days. Taking a walk in the snow was so refreshing. It is double the fun with a furry companion by my side, but taking a picture with Meatball is next to impossible. An automatic response to turn his head in the opposite way naturally kicks in as he notices a phone being pulled out. Just give me one smile..! END_OF_DOCUMENT_TOKEN_TO_BE_REPLACED